Hypoactive Sexual Desire Disorder (HSDD) is a condition that occurs in the brain. There are different subtypes of HSDD. HSDD can be life-long (i.e., since adulthood) or acquired (recently started). It also can be situational (i.e., only in a certain situation or with a certain partner) or generalized (all of the time) In this section, we will focus on HSDD that is generalized and acquired. In order to have this condition, you had to have a normal sexual desire in the past and you must be personally bothered by your loss of sexual desire.  Your decrease in desire must have lasted more than 6 months. Your low desire can’t be caused by a recent change in your medical condition, caused by a medication, your partner’s sexual problems or dissatisfaction with your partner. It is best described by a woman who says, “I have no clear reason why I have low sexual desire; I want to want to be sexual and to have sex, but I don’t feel like it, not ever. I feel like a switch flipped in my brain, and my desire for sex just vanished.” Many other conditions can cause symptoms just like HSDD and they must be evaluated, ruled out or corrected prior to making the diagnosis of HSDD (1).

Female Sexual Dysfunction (FSD) has many causes. It can be related to physical, psychological, or inter-personal factors. As a subset of FSD, the cause of HSDD is not well understood but is believed to be an imbalance between the factors in the brain which stimulate and suppress sexual desire. It may be helpful to think about it in terms of a car’s brake and gas pedals. In normal sexual desire, there is a balance between these two pedals. In HSDD, there is either not enough gas, so your desire is low, or too much brake, so your resulting desire is also low.

Many factors, both medical and non-medical, play a role in a woman’s sexual function. These factors must all be addressed when treating a woman’s low desire. Doing so may necessitate counseling, couples’ therapy and/or medications. Women who suffer with HSDD express feelings of being “broken,” a sense of loss, or “not sexual” when compared with their former “selves” or previous times in their life. Women with HSDD are generally relieved to hear that there are effective treatment options.

HSDD is a relatively common problem. So, if you have low sexual desire and are bothered by it, you are not alone. An important study published in 2008, called the PRESIDE study (2) helped us understand the prevalence of female sexual dysfunction (FSD) in American women. One of the findings was how common low sexual desire and distress were across the lifecycle of women, from ages 20-80. HSDD is the most common form of FSD and affects 8.9% of women 18-44 years of age, 12.3% of women 45-65, and 7.4% of women 65 and older (2). A new study demonstrates just how significantly low sexual desire and the distress associated with it can affect a woman’s quality of life, and its impact on her partner as well (3).

To make a diagnosis of HSDD is relatively simple. There is a validated 5-item questionnaire, called the Decreased Sexual Desire Screener (DSDS) that your health care professional can use to assist in your diagnosis. Click here to take the test. It is important to review your medical history, and you may need a physical exam. You may also need some lab work, although there are no specific blood tests that can determine if you have HSDD or not. (4)

Your examination may include an evaluation of your genital area to determine if you have signs of decreased hormones, scarring or causes of sexual pain. These disorders or their undying causes may decrease feelings of arousal or wetness. They also can cause pain during or after sex, itself a strong disincentive to have sexual desire.

If your health care provider does lab tests, these may include hormone levels, but hormone levels do not diagnose HSDD. A testosterone level may be checked, but there is no specific level that indicates the presence or absence of HSDD. (1, 4)

Many medical problems like low estrogen, low testosterone, heart disease, diabetes, along with other conditions, can influence your desire for sex. If you have one or more of these problems, they should be treated first, prior to your healthcare professional diagnosing HSDD. Other factors included in the evaluation of HSDD are:

There are two treatments that are approved by the US government (FDA approved) to treat HSDD in women. The first is called Addyi® (flibanserin), which is a pill taken nightly, at bedtime. The second is called Vylessi® (bremelanotide), which is a subcutaneous injection given about 45 minutes prior to sexual activity. The choice between these two medications may relate to the pattern of sexual activity a woman or a couple desire. Addyi® is a daily dose of medication while Vylessi® is an “on-demand” or “as-desired” dosing. Like all medications, these products have some side effects. Addyi® (flibanserin) was associated with dizziness, somnolence (sleepiness), nausea, and fatigue in about 10% of premenopausal women, insomnia in about 5%, and dry mouth in 2.5%. Addyi® should not be taken as the same time as alcoholic beverages due to a risk of low blood pressure and fainting. Instead, alcohol should be discontinued 2 hours before bedtime when Addyi®  is taken, or that evening’s dose can be skipped (5).

Vyleesi® (bremelanotide) was associated with nausea in about 40% of premenopausal women while flushing was the second most common side effect found in 20% of women, followed by injection site reactions (13%), headache (11%), vomiting (5%) and other less common side effects (6).

It should be noted that discontinuation rates for either of these medications due to these reactions were very low suggesting that the benefits, even potential benefits, outweighed these side effects.

There are other products that are used to treat HSDD, with some success. They are not approved by the FDA to specifically treat HSDD because the quality of information available on their use for FSD has not risen to the level of the two FDA approved products. These “off-label” medications include bupropion, buspirone, testosterone, tibolone and trazadone (among others).

There are other treatments that are not medications and may be beneficial to a person with HSDD. These include sexual education, working with a sex therapist/therapist, reducing your stress, exercising regularly to improve your mood, energy, and body image, and limiting alcohol or any nicotine/illicit drugs.

OMGYES.com - The Science of Women's Pleasure 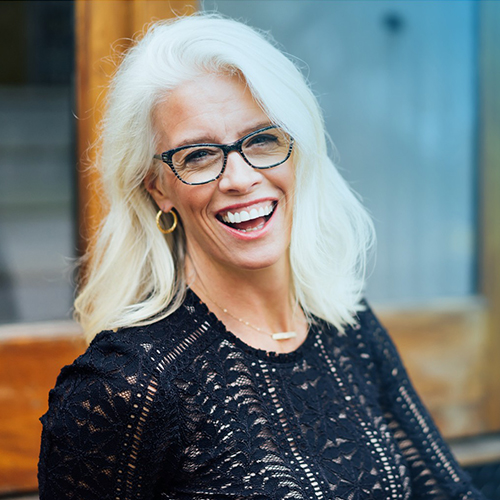 Dr. Bitner is the Chief Medical Officer and co-founder of true. Women's Health™. Dr. Bitner is a Nationally Certified Menopause Physician (NCMP) through the North American Menopause Society (NAMS) and was named the 2015 Menopause Practitioner of the Year.

Have an issue that you want more clarification on? Request our contributors to write about it